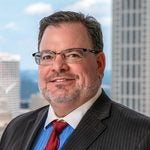 John Wetzler was admitted to the practice of law in Georgia in 2000. John served as Staff Attorney in the Cobb County Superior Court to Judge Ken Nix. John later served as an Assistant District Attorney in the Brunswick Judicial Circuit. John has served in private practice for the majority of his career including the range of Family Law issues, Criminal Defense and general business litigation for over 20 years.

John has extensive jury and bench trial experience in Family, Criminal and general litigation throughout Georgia's State and Federal courts. John is admitted to practice in Georgia's trial courts, the Georgia Court of Appeals, The Supreme Court of Georgia, Georgia's Southern and Middle Districts of Federal Court and has practiced in the US Supreme Court. John lives in the Metro-Atlanta area where he is active in the lives of his family and our community.

Thank you for contacting us. We will get back to you shortly.

Please complete all required fields below.